Milwaukie, OR—From the perverted mind of Alex de Campi (Smoke/Ashes, Lady Zorro) comes the follow-up to Grindhouse, a sleeper hit and one of the most acclaimed series of 2013, just in time to celebrate the holidays in bloody style!

With alternating covers by superstar artist Francesco Francavilla, this series is just as excessive, gratuitous, and tasteless as the first—just like you love it.

Grindhouse is back from the dead, and it’s meaner, badder, and dirtier than ever! In the first of four new exploitation opuses, we join writer Alex de Campi for “Slay Ride,” a bloody Christmastime western with art and covers by R. M. Guéra (Scalped, Django Unchained).

“It will arouse, disgust, and shock you.”—Bloody Disgusting

“A must read for fans of 1970s grindhouse, Tarantino films, and well written and drawn comic books for mature readers, Grindhouse is not to be missed.”—Comic Book Bin

“If you like grindhouse, and you are in the mood for sexy, funny, and odd violence, well . . . Here you go!”—Comics Bulletin

“If this sort of cheesecake, gross-out sci-fi horror thing is your bag, baby, then you’ll want to get in line for it.”—Multiversity 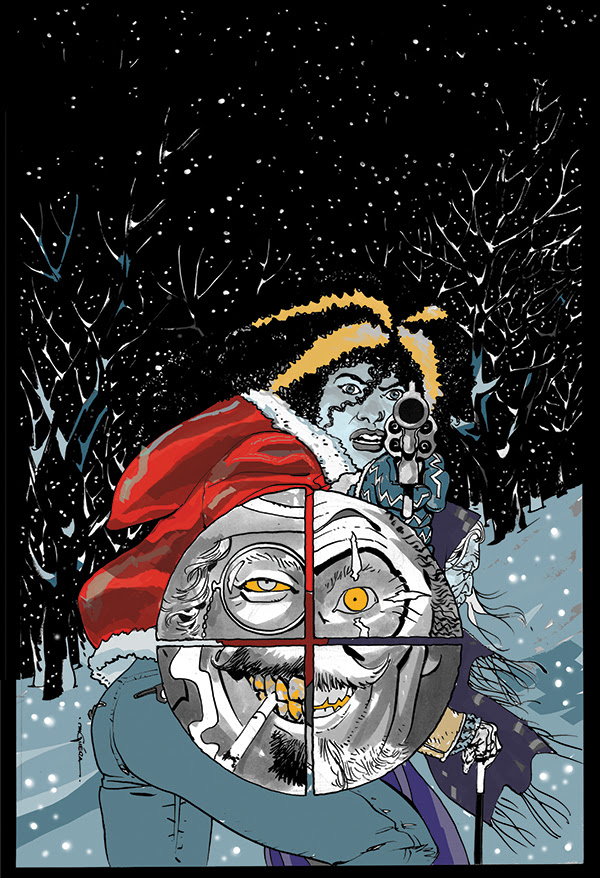