Colder: Toss the Bones sees the return of the Eisner-nominated horror series by Paul Tobin and Juan Ferreyra. Set to debut in September, the final chapter of the Colder trilogy follows a newly resurrected Nimble Jack, as he skips back and forth between the Hungry World and our own reality, recruiting agents of madness and unifying them with a single objective: the death and consumption of Declan!

For more on Colder: Toss the Bones, check out an exclusive interview with Paul Tobin at Bloody Disgusting. 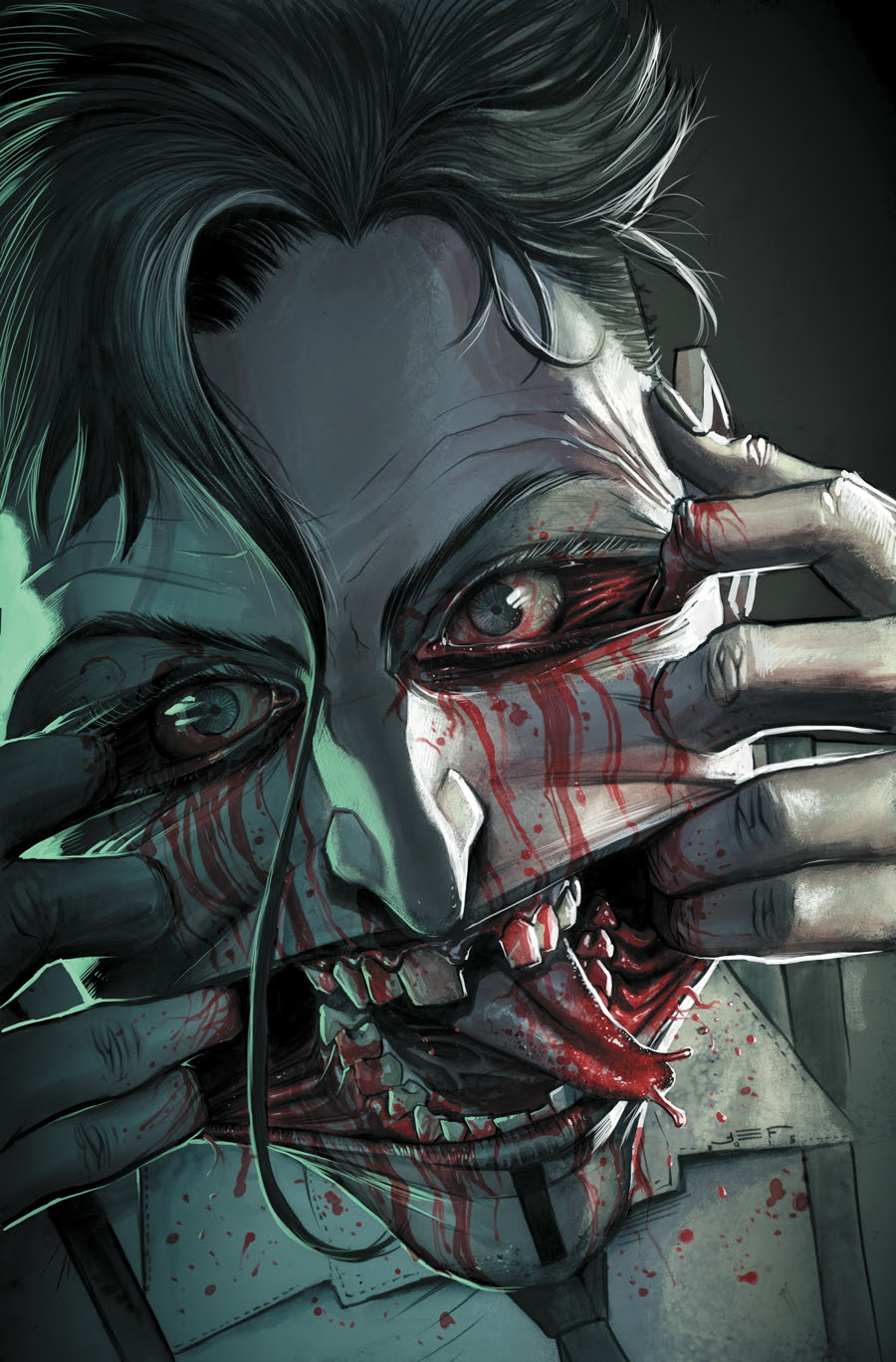