MILWAUKIE, OR—Dark Horse is thrilled to announce the publication of a four-volume series of the critically acclaimed Danganronpa.

Inspired by the Danganronpa video game series and based on the anime of the same name, theDanganronpa manga is a quirky, fun, weird, and dynamic take on the high-school battle royal genre.

Each year, the elite Hope’s Peak Academy selects only the most gifted and talented students to enroll…plus one ordinary student, chosen by lottery. Makoto Naegi is that lucky person—or so he thought! When he shows up for class, he finds the elite students are a bizarre cast of oddballs under the ruthless authority of a robot teddy bear principal, Monokuma. The bear lays down the school rules: the only way out of Hope’s Peak is to not only murder another student…but get away with it, as every murder is followed by a tribunal where the surviving students cross-examine each other!

Danganronpa is in stores March 16, 2016. Preorder your copy today at your local comic shop or through these fine retailers:

“A wonderful fusion of the text-heavy visual novel genre with Phoenix Wright–like murder investigations and trials.”—IGN

“Danganronpa is a fascinating exploration of everyone’s dark side.”—Polygon 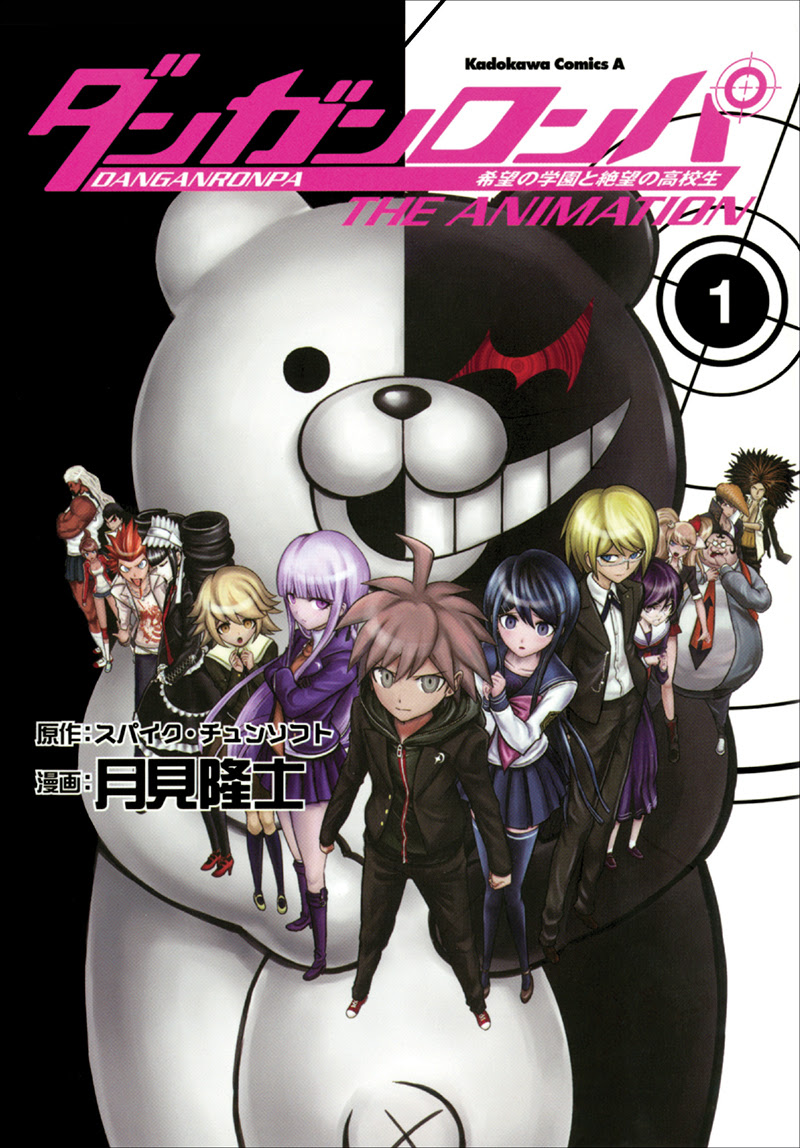