MILWAUKIE, OR—After an amazing eight-issue run, the graphic novel collection of The Star Wars has soared to the top of the New York Times bestseller list!

Before Star Wars, there was The Star Wars! This is the official adaptation of the rough-draft screenplay by George Lucas for what would become Star Wars—the film that changed motion pictures and the world. You’ll see familiar characters and places—but not all is the same in this long-ago and faraway galaxy. Still, strap yourself in for high adventure and lazersword duels, Jedi Knights, Princess Leia, Han Solo, and a battle to defeat the evil Empire!

The Star Wars is available in bookstores everywhere.

Praise for The Star Wars:

“The Star Wars is at heart fun, keeping a breathtaking pace from beginning to end. It’s action-packed and full of nostalgic images that will make any Star Wars fan smile.”—Culture Mass

“It’s fast paced and action-packed from cover to cover. The story is fun and told perfectly—full of exiting events, great dialog and a real feeling of momentum from start to finish.”—Comic Spectrum

“Whether you’re a die hard follower of the force or not, this first draft is proving time and time again to be more coherent than a lot that is on the shelves today!”—Geeked Out Nation 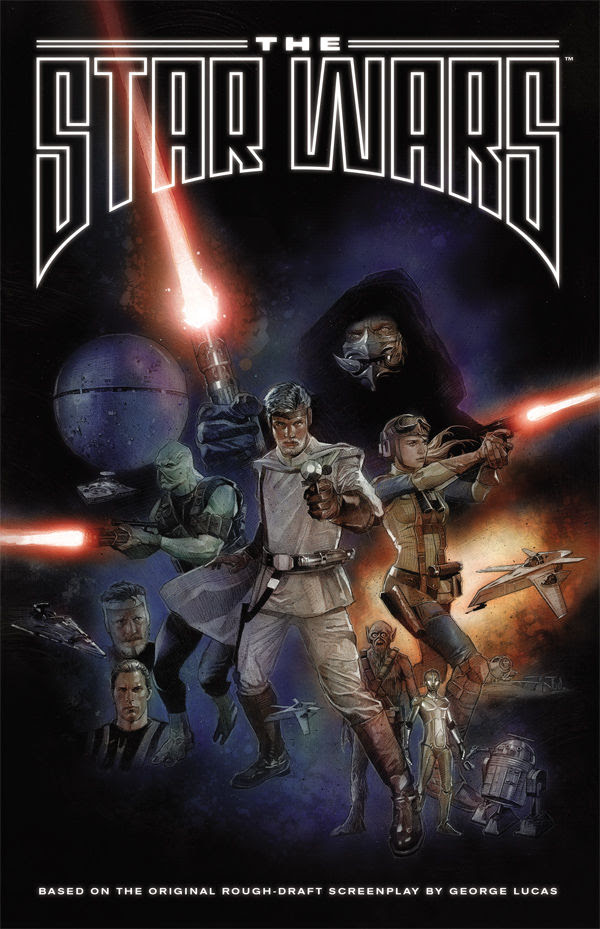